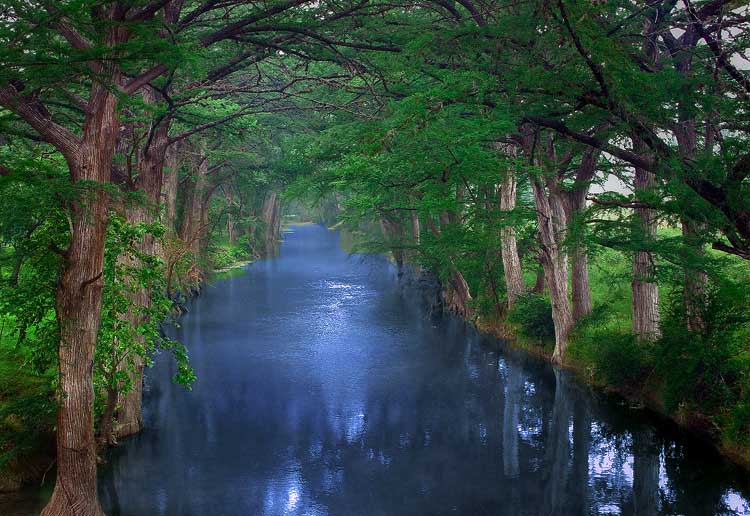 One feature of the New Earth, that hasn’t been mentioned yet is the River of Life.  Once again, I don’t think this is a metaphor, but rather a physical feature running through the New Jerusalem.  That said, this river is not your usual water running downhill.

If you are familiar with the River of Life it is because it is found in Revelation 22.  Just like with magazines, a lot of us like to start at the back; so many people have read Revelation 22–the last chapter of the Bible.  You may be less familiar with Ezekiel 47.  Here is description of what is clearly the same thing.  So what is so strange about this river?

Let’s start with the source.  The river emanates from under the altar of the temple in Ezekiel and from under the “throne of God” in Revelation 22.  The temple was seen as a mini-version of what really existed in Heaven.  This is a reason to equate the future New Jerusalem with the current throne room of God in Heaven.

Water, as it spreads out and flows away, should get shallower.  This water gets deeper until it forms a river.  Along the river are trees which are identified as the Tree of Life in Revelation 22.  A presumably singular Tree of Life is mentioned in Genesis in the Garden of Eden.

This river isn’t the only thing to ever flow from beneath the throne of God.  In Daniel 7:10 a river of fire flows.  So what is this river?  The Holy Spirit manifests himself as many things:  a dove, fiery tongues and Jesus speaks of the Spirit as Living Water.  I think it is fair to understand the river as a manifestation of the Holy Spirit, and all life initiates with Him.  In Heaven and the New Earth, we may experience the Father and the Son as persons like ourselves in many ways.  The Spirit may be experienced in other ways including this river.

The Tree of Life is seen lining the river.  It, too, is an outgrowth, tool or manifestation of the Holy Spirit.  Revelation 22 says, “The leaves of the tree are for the healing of the nations.”  What healing will we need in the New Earth?

I expect that our resurrected bodies will have some type of genetic information within them and some type of chemical metabolism.  Sustaining this metabolism indefinitely is whatever is in the Tree of Life.  It is the Spirit’s way of keeping us whole and alive.