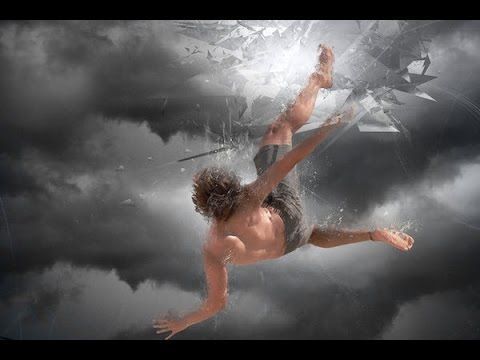 If you don’t know the Bible hardly at all, you might think that people become angels when they die. This errant idea is told to children when somebody dies. It is propagated by movies (i.e. It’s a Wonderful Life), songs, and even art (like the George Floyd mural seen on the news). It cuts against popular culture to say this but angels seem to be a species of their own, you can’t become an angel, angels are not described as having wings, angels and cherubim are not the same thing, and evil angels don’t share the same fate as evil people until Judgment Day.

We can say that some angels sinned:

For if God did not spare angels when they sinned, but cast them into (hell) and committed them to chains of gloomy darkness to be kept until the judgment…

I put parentheses around the word “hell”, because it is used too liberally as an English translation for many words in Hebrew and Greek in my opinion. At least ESV footnotes this translation. One would expect Hades was the translated word, but it is not. A new word shows up: Tartarus.

There are a number of words or phrases that are place names associated with existence after death or at least existence outside of life on Earth: Sheol, Hades, Heaven (ouranos), Gehenna, lake of fire, Tartarus, and the Abyss . It is confusing as to what are synonyms and what describes distinct places. Context and comparing translations are the only way to figure it out. We know the Hades and Sheol are the same from a Hebrew to Greek translation of the Old Testament called the Septuagint. Also you can tell that Hades and the “lake of fire” are distinct things from Revelation 20:14 where Hades is thrown into the lake of fire. Then they are not distinct anymore. What does Gehenna describe? I think context suggests that Gehenna is Jesus’ word for the lake of fire.

What do we mean by “Hell”. I mean that place of final judgment. That would then be English for Gehenna or lake of fire. If you mean the place of immediate judgment. Then use it for Sheol or Hades, but using it for all of the above covers up the fact that there are distinct places. Is Tartarus another synonym? It is only used once. Like Hades it is word borrowed from Greek mythology. Tartarus was an abyss used for suffering of the wicked and the prison for the Titans. Using the world “Tartarus” sounds like borrowing from another religion, just as the use of “Hades” does. I have another theory. That other cultures have similar ideas of what exists beyond our universe by the use of forbidden cultic practices that permitted communication with the dead.

Peter’s choice of the word “Tartarus” wasn’t adopting Greek mythology, but was using a commonly understood word to describe some place that was actually there. Further, using the context of the Bible, I think we can equate “Tartarus” here in 2 Peter with (abyssou) the abyss used in Revelation 9:2, 9:11, 11:7, 20:1, 20:2. This is different than how Job and Jonah used what could be translated as abyss. In those cases, it is more a concept of being in the “deep”.

So if we work with that theory, what is Tartarus? It would seem to be another realm of reality that is segregated from our universe, Heaven, and Hades/Sheol at the present time. It seems to be used as a prison for evil angels. Peter says that they are being kept there until the judgment (Judgment Day), for a final destination of Hell, with Satan and with people (Matt25:41). A further description of the angels in prison is given in Jude:

And the angels who did not stay within their authority, but left their proper dwelling, he has kept in eternal chains under gloomy darkness until the judgment of the great day…

And the great dragon was thrown down, that ancient serpent, who is call the devil and Satan, the deceiver of the whole world–he was thrown down to the Earth, and his angels were thrown down with him.

So some disobedient angels end up in Tartarus and some here. Incidentally, a common understanding of the sin referred to in 2 Peter is what is described in Genesis 6:2–sexually crossing over to humans.

Revelation gives the idea that there is some sort of breakout or that there could be (depending on how Revelation is to be understood.) Since Tartarus is a place, could not the whole contingent of Satan and his angels have been placed there?

Either this all seems too complex or mythological for you or it makes you wonder how we fit in a broader struggle between God and part of His creation, and what is possible in that struggle.

The ugliness of this world can and should be accepted as a human product, but I wonder how much is initiated and antagonized by forces beyond our recognition. Jesus and the New Testament writers speak of this broader scale war. Our information about it is very limited. Clearly the methods of conventional warfare cannot remove the spiritual enemy only the people who are co-opted by it. Spiritual warfare as described by Paul in Ephesians 6 and the extension of the Gospel to new people, seems to be our role.