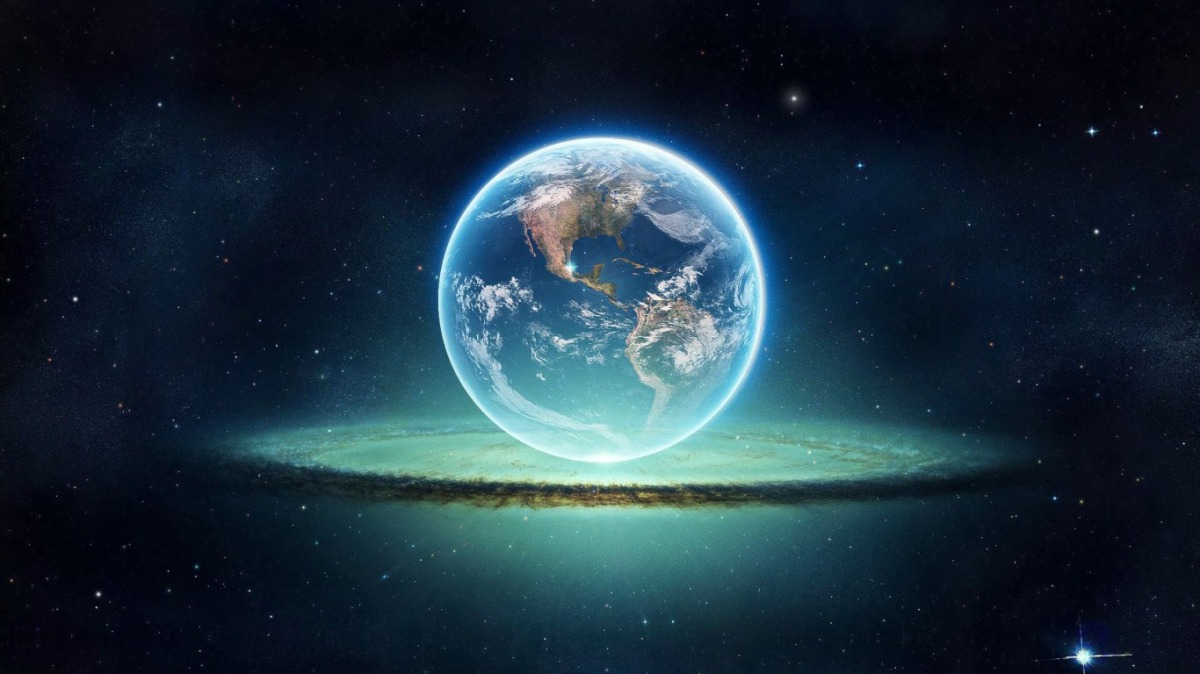 No doubt God has some pleasant surprises for us in the eternity He has planned.  Some of these things are kept as surprises because we wouldn’t understand them if He did tell us ahead of time.  What I am writing about in this entry is possibility one such surprise.  I will admit that it is speculation based on very little data, but it still is consistent with Scripture and mentally graspable.  At least I hope you get it.

It confounds many people that the Bible talks about Heaven and a New Earth.  Why would one want a New Earth if we have Heaven?  The tendency is to conflate the two, though this is clearly wrong.  Both are distinct.

What if it where possible to move freely between Heaven, with unique and glorious qualities of its own; and a New Earth, for that matter a New Universe, made perfectly as God intended it from the beginning and now being the official dwelling place of God?  In other words, it would not be one or the other but both.

Part of understanding this idea is having a concept of where Heaven is in the first place.  Is Heaven just far out in the time and space dimensions we know?  I doubt it.  The Bible just describes Heaven as being “up”.  It doesn’t really say where it is.  With a little more sophistication about how reality is structured, other possibilities for the location of Heaven come to light.

With the study of the bizarre behavior of particles at the atomic (quantum) level, the theory that there may be other dimensions has come to light.  Our experience only accounts for three physical dimensions and one time dimension.  With these we can locate any point that has ever existed, or so it seems.  Quantum mechanics suggests that there may be other dimensions that we are currently unable to access with our senses or our instruments. (Do not confuse this with the baseless theory of the “multiverse”)

Could Heaven, Hell, Sheol, the Abyss and who knows what else exist in other dimensions, and the only current way of accessing them is through our death?  I think it is more than possible, but rather likely.  Consider the Biblical account of the movement of angels.  They properly exist in Heaven.  That is their habitat.  But for God’s purposes they also seem to be able to access Earth.  Consider also the account of Satan’s expulsion from Heaven in Revelation 12.  Previously, he had access to Heaven and Earth.  After his expulsion, he only could access Earth (or this universe).  Perhaps the travel between Heaven and Earth is a matter of movement along the dimensions we already experience, but it seems more likely to me that Heaven is from outside of these dimensions.

That is a long explanation to get to my point.  It seems that we can have, through Jesus, a place in Heaven with a heavenly body.  At the point of Christ’s visible return, there is the resurrection of an earthly body and the creation of new dwelling place for us–a new Earth.  Do we just lose Heaven and the heavenly body or do we gain a resurrected body and a New Earth?  2 Corinthians 5:1 says:

For we know that if the tent that is our earthly home is destroyed, we have a building from God, a house not made with human hands, eternal in the heavens.

This is referring to our heavenly body.  Or to say it another way, the body that we will have in the dimensional space where Heaven exists.  We will have it eternally.

So what will we be?  We will be beings who can enjoy a perfected earth-like planet with a resurrected body that has new capabilities, and we will have the capacity to move to the Heavenly plane and enjoy the significantly different realm of a new Heaven.

That doesn’t sound boring to me.