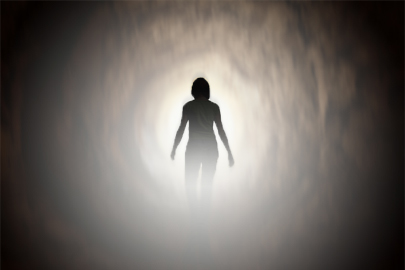 I have spent the last couple of years writing about what the Bible says about life after death.  Today I am asking, “why believe any of it?

We are certainly motivated to think that this life isn’t all that there is for us.  The idea of simply disappearing drains any real purpose from our existence.  It also makes our aging an ever worsening scenario for which there is no escape nor hope.

There are plenty of reasons to think that life after death is more than false hope.  Real faith is the gift of God, but a little extra-biblical evidence certainly doesn’t hurt; especially if you are skeptical of the Bible at this point.

I often joke about the value of a field-trip to Heaven.  Of course, this is not something God is offering, but do some people actually have them?  Near Death Experiences are a curious phenomena that are actually quite common. One in seven people come close to death without permanently dying.  Thirty-five percent of those report a NDE (that’s 5% of the population) Skeptics want to dismiss NDE’s as simply a spike in brain activity right at death.  This explanation doesn’t quite fit the evidence.  Many don’t have enough of a brain left for the spike, and still have an NDE.  Most have been in a coma for a prolonged time, lowering their brain activity. A better theory for the brain activity spike is that when our spirit and body divide there is a surge of electrical activity.

NDEs happen to people of all sorts all over the world.  They do not seem to follow only people who expect life after death.  Many aspects are common among those who have experienced NDE’s.  For instance, going down a tunnel toward a light, being greeted by people they know, a sense of peace, and often the experience of being above your body and able to make detailed, accurate observations of things in the room or even down the hall.

Most people who have an NDE don’t want to come back to life.  Most, but not all.  Some people have experienced Hell.  They were eager to back to life.  That experience is life changing, too.  Would the prevalence of positive experiences suggest that most will be saved or that those with positive experiences are going to be saved?  I wouldn’t draw that conclusion at all.  Here I would count on the words of Jesus, who states that “few find life” and “no one comes to the Father accept through Me.”

I expect that NDE’s and their counterpart Out of Body Experiences (OBE) are similar to the experiences of Isaiah (Isaiah 6:1f) and John in Revelation.  They are not exactly tours of Heaven, but rather visions intended for them.  Isaiah certainly experienced Heaven like a field trip, but Jesus states later that no one has gone into Heaven except the One who came from Heaven (John 3:13).  That doesn’t mean that no one can go there now and come back, but it does suggest an out-of-body middle state (Not yet in Heaven and not on Earth).  I would approach the information gained through NDE and OBE’s with caution, because it could be a vision created to deceive.

In the book “Death of a Guru”, Rabi Maharaj talks about the powers of Transcendental Meditation (TM) to take a person out of body and to places perceived as heavenly or at least other-worldly.  His later conversion would convince him that he was in great danger in these states of being deceived by Satan.  Some who have experienced NDE’s, later attempt to repeat the trip through methods similar to TM.  One famous example is neurosurgeon Dr. Eben Alexander who was skeptical of NDEs until he contracted a serious case or meningitis and had one himself.  In a lecture of his that I attended, he announced that he was part of a group investigating the use of certain sound frequencies to liberate spirit from the body.  I think this is a bad idea.

Some NDEs may be legitimate God-given gifts.  They may even be direct experiences of Heaven, but Scripture remains the one safe standard of truth in this matter.  Other methods of experiencing life after death give some credence to dismiss a materialistic philosophy, but do not have God’s approval.  In my next blog entry I will discuss communication with the dead.