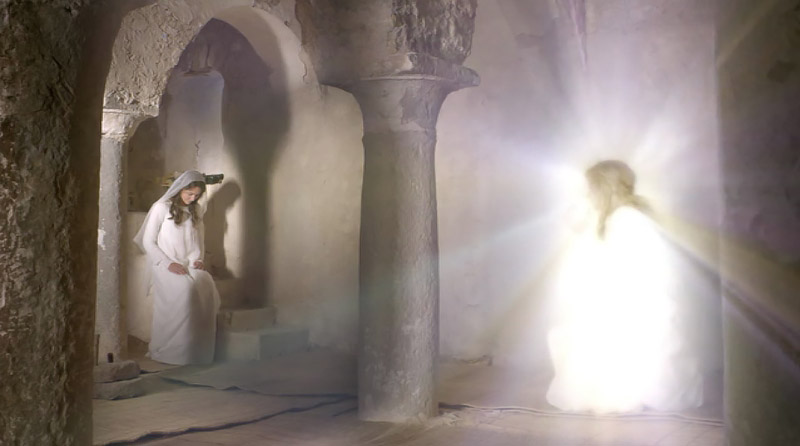 What happens after our death is terribly relevant to us all.  After all, we are all going to die.  It is not like to get to try it out first to see if we like it, at least not usually.  We approach death blind with the exception of what we know from revelations.  Science, our normal go to, is limited here.  It would tell us that nothing happens, but if certain revelation is correct, then science doesn’t have the tools to test it.

How can you know?  We have purported revelation from every world religion and we also have NDEs (Near Death Experiences) to consider.   NDEs tend to not be consistent.  There could be many reasons for this, from people not having the words to relate their experience, to genuinely different experiences (like heaven or hell), to deceptive experiences, to NDEs not being legitimate experiences of an afterlife at all. In the end, NDEs can be exciting but they don’t provide much guidance except, perhaps, for the person who had one.

What weight can we give to the revelations provided by world religions?  How do you test them?  If there is not only God trying to communicate with mankind, but also an enemy of God trying to confuse mankind, then we are in a difficult spot.  Who are we to sort it out?

I think of Mary, Joseph and Zechariah who all experience an encounter with the angel Gabriel.  Their information would lead us in a very different direction than the reported encounter of Muhammad and Gabriel some 600 years later.  How would any of these people know for sure who they were dealing with, and how would we know whether the events happened at all?  Without a doubt, we will be biased by where we start–if raised Christian, then Christian; if Muslim, then Muslim; if skeptic, then skeptical of it all.

I’m sure each group can provide a line of reasoning that is convincing for them.  Only God can get somebody over this hump of bias if they hold a false doctrine.  Since eternal life is on the line, we all desperately pray that God would do so.

My line of reason is clearly Christian.  In full disclosure, that is how I was raised.  I also think that I am rebel enough to leave the orthodoxy of my youth behind if it doesn’t make sense, especially if it matters this much.

The experiences of Zechariah, Mary and Joseph have supporting evidence in prophecies that clearly pre-date them.  The Old Testament is proven to be written before this time by the Dead Sea Scrolls.  These prophecies have a degree of specificity to them that you couldn’t stage for yourself.  The birth of Jesus in Bethlehem, a virgin birth, and the presence of John the Baptist are all in there.  Isaiah 53 in particular aligns with Jesus’ life.  It is not the life of merely a prophet, but the life of a sacrifice for sin.  Then we must consider the story of Jesus’ life, including clear miracles witnessed by many eyewitnesses who have no clear motive to lie.  All of the disciples of Jesus suffered terribly for their testimony.  I don’t believe people would do this if they knew it wasn’t true.  This is capped with the experience and witness of Paul of Tarsus, who was an admitted persecutor of the early Church.

If this is all a fiction, then when was it written and why?  How could such a fiction survive this long without cultural and military support?  Both existing bible fragments and testimony found in non-Christian sources point to existence of the Christian church to within a lifetime of the Jesus’ ministry.  A fiction could not have been written later.

Then there is the message itself.  The message is that God loves mankind, even though, He finds mankind to be sinful and un-saveable based on personal goodness.  So, God’s solution is to fulfill the requirements of the law that governs us and pay the price for the sin himself, by Jesus’ being forsaken and then dying on the cross.  That is love.  Self-sacrifice for the benefit of others is the ultimate love.  That action correlates with what the Old Testament hinted as the plan from the beginning.

Islam changes that plan.  It cannot conceive of God doing something like this or even a prophet being subjected to something like this.  So which is the deception?  Did the disciples of Jesus distort the story or was the story distorted within Islam from the very beginning because “Gabriel” wasn’t really “Gabriel”?  In the end, Islam offers only a legalized way of life and the vague hope that Allah is merciful to you.  It has largely advanced itself through conquest.  It doesn’t shy away from doing so.  Even Muhammed was treated abusively by this so called Gabriel.

We are in a poor position to judge, but the little clues just mentioned make me think that the God who cares about His creation isn’t the one who gave revelation to Muhammed.  Jesus, as Savior of the world, is the revelation for me.