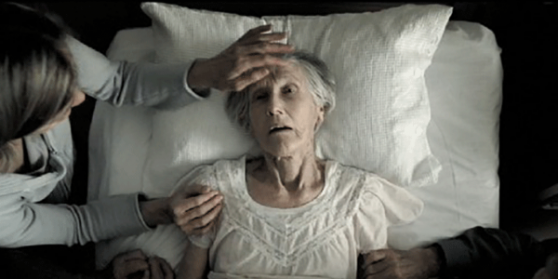 Two weeks ago, my mother died.  I have been at the bedside of a number of people as they have died, but this was the first time I held vigil at somebody’s bedside throughout a four day death process.  I would like to share some insights that came to me from this.

The Bible says, “The wages of sin is death”.  I see this passage in a new light after what I experienced.  Technically speaking we are all in the death process.  Everyday our bodies are aging just a bit more and are less able to maintain life.  Without sin entering the human race, we wouldn’t even age.  It is the wages of sin found in our genome.  What is sin?  It is the departure from God’s plan and His Word.  In a way, our genome is the now distorted Word of God–a code of information created by God.  As a result of this distortion we are inclined the resist God and break His commandments.  We also age and eventually die. It is the wages of sin.

Death is more than aging.  It is also the often troubling final moments of our existence.  For my mother, much of her final four days were spent in a type of coma.  She couldn’t swallow.  She labored to breath. The prolongation of this uncomfortable state wasn’t necessarily a comment on her sinfulness relative to other people, but it felt like it to her.  At one point she came out of her coma and tried to speak.  Because of an increasing paralysis she not only couldn’t swallow, she could barely speak.  In a pitiful little whisper she said, “I haven’t done anything wrong”.    She was complaining about the length of the process.  She wanted it to be over.  Once again, the dying process wasn’t a sentence of torture but it was part of the wages of sin.  Without a doubt her statement of innocence wasn’t true.

The final 45 minutes were the worst.  She didn’t slip away in her sleep like many people do.  She was very awake until the morphine settled her down.  With fear in her tiny little voice, she kept saying, “Help me, help me, I’m falling.”  Our hospice nurse (who was an excellent comfort) said that this sensation was common.  I expect that it was a feeling of body and soul separating.  It too was part of the wages of sin.

Finally, her body gave up the fight.  Today her body lies in a mausoleum crypt.  This, too, isn’t what we are meant to be.  We are a body from this universe and a soul; and until we arrive at the resurrection of the dead, we will be experiencing some aspect of the wages of sin.

The worst part of the wages of sin would be the final part–eternal forsakenness by God.  That is Hell.  We will discuss that down the road a bit.  Praise God this can be avoided because Jesus experienced God forsaking Him on the cross.  That is the one aspect of the wages of sin that we just can’t bear to do ourselves.  Aging, dying and lying bodily in the tomb is bad enough.  Jesus walks with us through them all and then takes the very worst part on Himself.

Next time:  We will look at what people in the Old Testament said about Sheol

2 thoughts on “The Process of Dying”