This week was the long anticipated solar eclipse in the United States.  My city was very near the region of totality.  We experienced a 99% eclipse, which oddly barely dimmed the light.  As we continue to look at the New Earth, specifically the New Jerusalem in Revelation 21 (this is the sixth entry), we find a wrinkle to the “new order of things” that relates to the celestial bodies.

I did not see a temple in the city, because the Lord God Almighty and the Lamb are its temple.  The city does not need the sun or the moon to shine on it, for the glory of God gives it light, and the Lamb is its lamp.

In the new Jerusalem you don’t need to go to a temple because you encounter God, the Father and Jesus, everywhere.  The presence of God is an interesting study in the Bible.  God is everywhere and somewhere at the same time.  He occupies a throne in Heaven and He also dwells in His people and fills all things.  You get the sense that His presence is different in each place, but very real.  Still, God’s presence isn’t something you can always sense in every place.  Not so in the New Jerusalem.  How we will encounter God in this city, I cannot say.  But I do believe it will be exhilarating, joyful and always desirable.

God’s presence in the New Jerusalem is so palpable that the city literally glows with God’s glory.  The physical radiation that accompanies God, His shekinah, makes the directional lighting of the sun, moon or any lamp irrelevant.  There is no darkness of any sort in the New Jerusalem.

On no day will its gates ever be shut, or there will be no night there. The glory and honor of the nations will be brought into it.  Nothing impure will ever enter it, nor will anyone who does what is shameful or deceitful, but only those whose names are written in the Lamb’s book of life.

As mentioned before, the walls of the city are not for a protective purpose.  Once the city has arrived on the New Earth, there is no need to shut the gates; not just because there isn’t any night, but because there isn’t any danger.  Evil is excluded.  The evil that affects us all is gone.  The human inhabitants and visitors to the city have left their sinful nature behind.  They are what we are meant to be–loving, truthful, good.

That part is more exciting than a new planet.  We will be literally new people.  You won’t have enemies or people you can’t trust.  You won’t be in competition but rather you will be in love, with everyone. We won’t need armies, police or really even laws. We will be with God, each other and a restored nature.

Is anything the same?  Will there be anything carried over from the current Earth to the New Earth?  “The glory and honor of the nations” is mentioned.  This could be simply a reference to the fact that there will be redeemed people from every nation, but it could also speak to pure elements of human culture–the very best of what we are today.

It is hard to imagine, but it isn’t hard to know that this is where you want to be.  Who will make it?  Only those whose names are written in the Lamb’s book of life.  Jesus, the Lamb, has always known who will be His.  Their names are recorded in a book.  His people will know that He died for them and they will be bonded to Him through baptism.  Some will be His almost all their life.  Others will be late arrivers, coming to faith in old age.  Praise God if you belong to Jesus.  If not, it’s better late than never, as the saying goes. 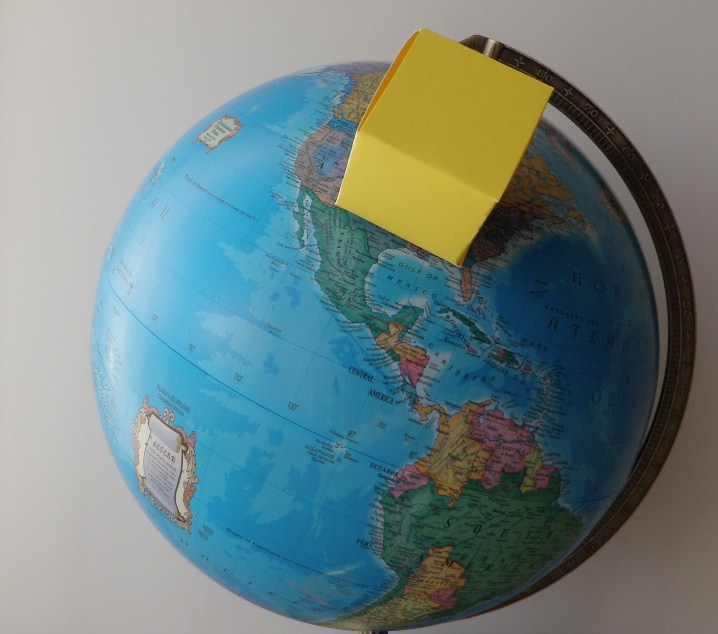 The angel who talked with me had a measuring rod of gold to measure the city, its gates and its walls. The city was laid out like a square, as long as it was wide.  He measured the city with the rod and found it to be 12,000 stadia (1,400 miles or 2,200 kilometers) in length, and as wide and high as it is long. He measured the wall and it was 144 cubits (200 feet or 65 meters) thick by man’s measurement.

This is one whopping big city–a giant cube or possible a square based pyramid.  The distance from Chicago to Miami is slightly shorter than this.  Consequently, the New Earth must be a massive planet, if it is a planet.  A lump 1,400 miles high would cause a spinning sphere to wobble like a flat tire.  Mount Everest is only 5.49 miles high. Why such a crazy thick wall?  The number 144 is 12 squared and God is very mathematical.  Is it symbolic of our protection?  Maybe.  It may also be a function of what it takes to move such a large object, possibly from another dimension.

Why measure it?  I think this is to make the point that this is a real, tangible thing.  It is not a fantasy, concept or metaphor.

The wall was made of jasper and the city of pure gold, as pure as glass.  The foundations of the city walls were decorated with every kind of precious stone.  The first foundation was jasper, the second sapphire, the third chalcedony, the fourth emerald, the fifth sardonyx, the sixth carnelian, the seventh chrysolite, the eighth beryl, the ninth topaz, the tenth chrysoprase, the eleventh jacinth, and the twelfth amethyst.  The twelve gates were twelve pearls, each of a single pearl.  The great street of the city was of pure gold, like transparent glass.

This part of the passage is of interest if you are really into gems.  It says that the foundation is decorated in layers of beautiful and recognizable gem stones. At least, this is what it looks like.  This is also where we gate the idea of “pearly gates” and “streets of gold”.  In popular culture these are attributes of Heaven.  This reference is to the New Jerusalem, unless, as noted earlier, they are one and the same.  Clearly gold is not clear.  John is using the best words he has to describe what he sees.

Beauty will definitely be a big part of the New Earth.  While much will be different as this is a “new order of things”, there seems to also be the familiar.  Beautiful aspects of God’s first creation brought into the next.

God’s people will be a part of that beauty.  The same, but also strikingly different.